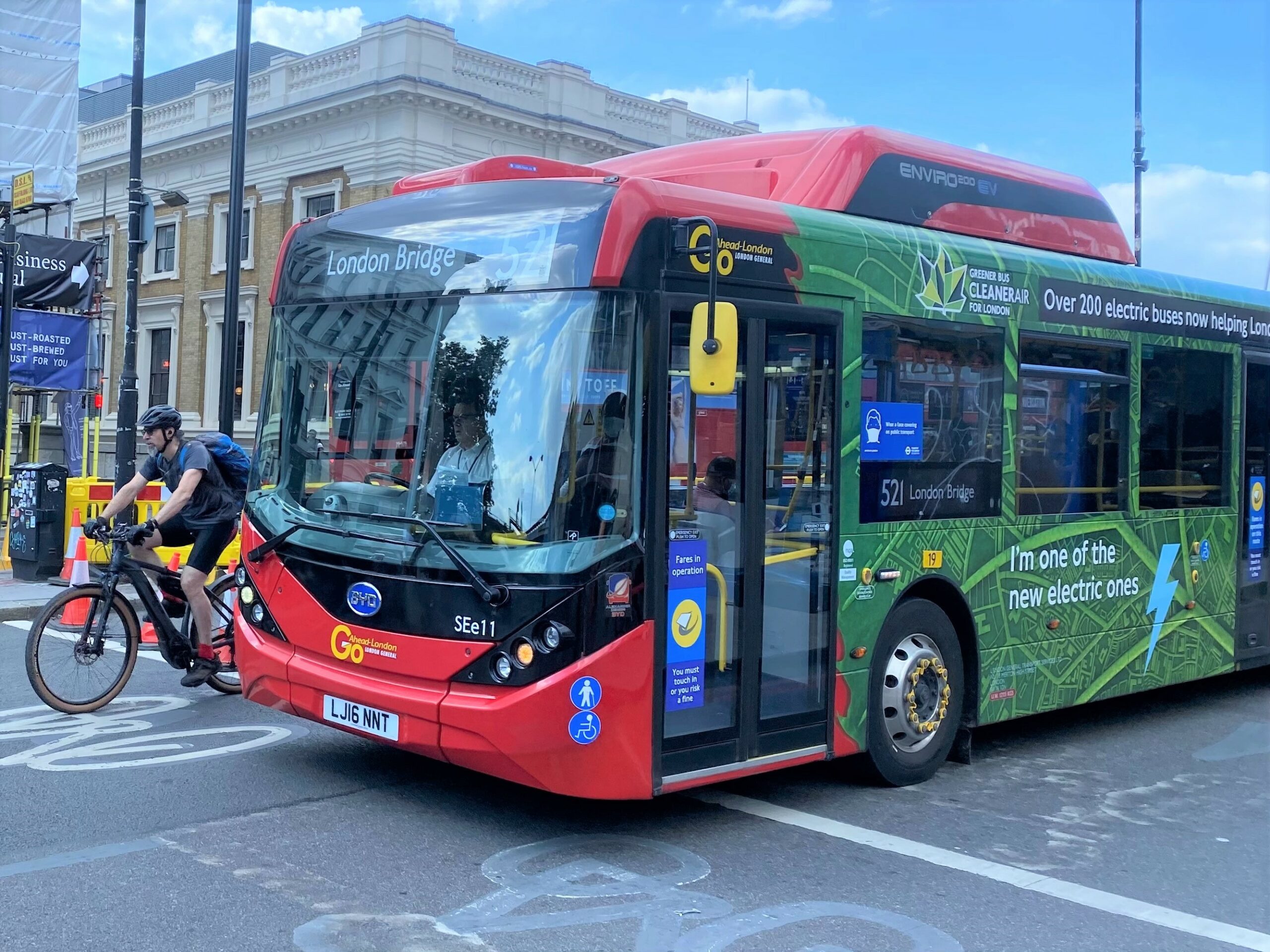 London Climate Action Week - how the bus can help

As London continues to gradually reopen from the Covid restrictions, so traffic levels have steadily risen too. Whilst Tube use is still barely above 40 per cent of pre-Covid levels and weekday use of the bus is only just above 60 per cent, since the latest easing of restrictions in mid-May, motor vehicle use has been consistently close to the levels seen before the pandemic.

With this being London Climate Action Week 2021, it’s an ideal time to consider where we are and what the future may hold.

The central aim of the Mayor of London’s Transport Strategy is for 80 per cent of all trips in London to be made on foot, by cycle or using public transport by 2041. To see how much progress is being made, we know that less than two-thirds of trips were made by those options pre-pandemic and even that figure has slipped back in the last year.

It is clear to us that if we are to meet the Mayor’s target then the bus, in particular, will have a crucial role to play. We know that a 40 per cent increase in bus use will be required if the Mayor is to meet his target. If such an increase in bus use is to be achieved, significant efforts will need to begin now and be sustained in the years ahead.

The problem, though, is that in recent years the bus has had to compete with increased traffic on the road. This has meant that buses are slower than they used to be and fewer people are using them. That is why later this year we will be launching a campaign to give the bus more space on London’s roads, because if the bus is given priority journey times will get shorter and more people will use them. The worry remains that if the bus isn’t seen as an attractive option to those who use the bus (and those who used to take the bus) it will only increase congestion on London’s roads.

Partly as a result of our lobbying, in this year’s election campaign the Mayor made manifesto commitments to improve bus priority and improve outer London bus services. This is something that we will be closely monitoring in the months and years ahead.

The bus can provide many environmental benefits.  A stark illustration of this is that one fully loaded double decker bus can take up to 75 cars off the road. So, improving the bus is the key way to reduce congestion, improve air quality and decarbonize transport. TfL also continue to make buses an even greener mode of transport by introducing more electric buses on their services – as of this May, they had 515 electric buses in use.

Taken together, improvements to the bus can make a big difference. Not just to those who use the bus but for everyone to benefit from improved air quality in a cleaner, greener London.