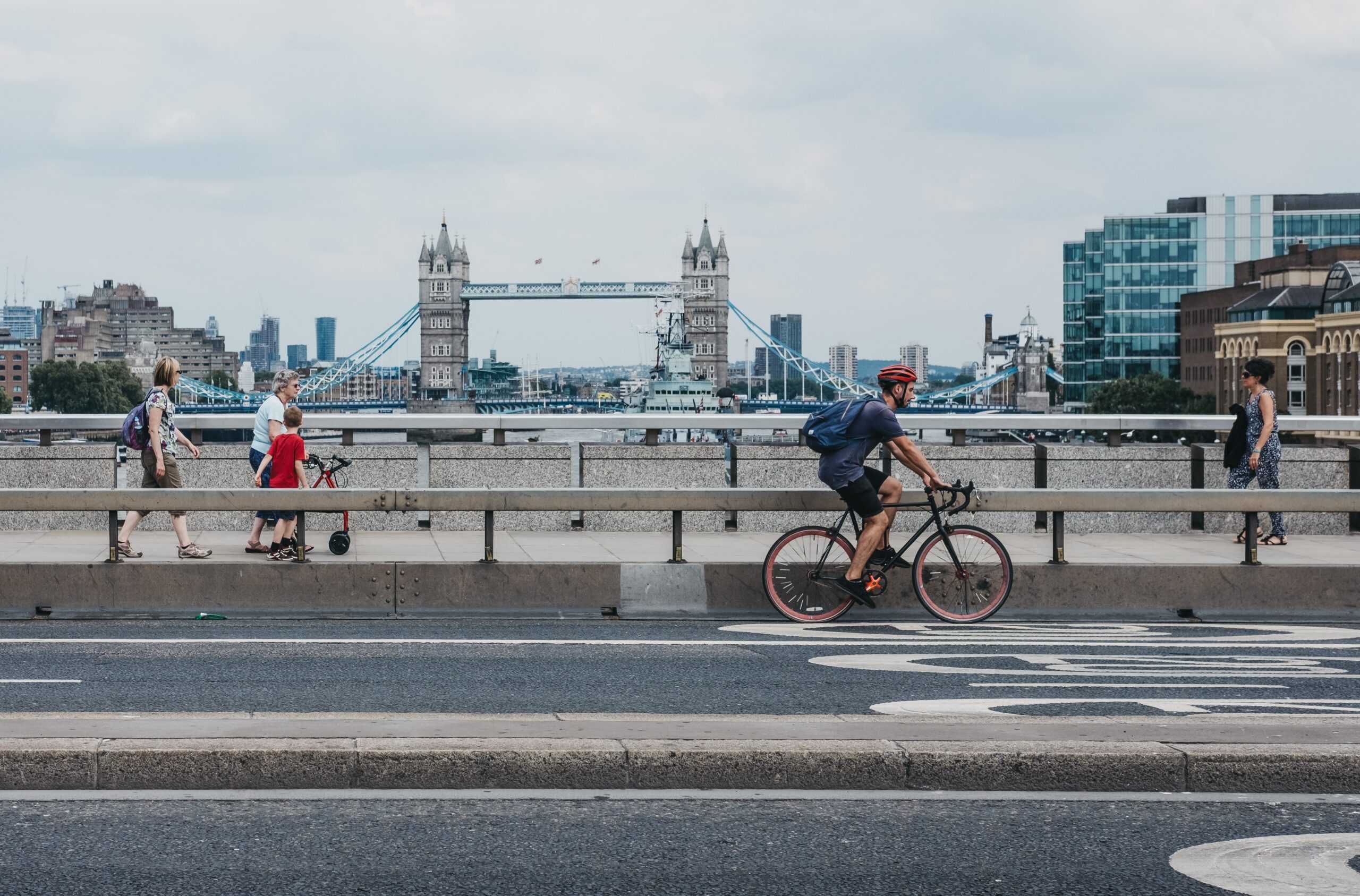 How do pedestrians and cyclists feel about personal security?

London TravelWatch represents all users of transport, including users of the street and it’s important not to forget that pedestrians, cyclists and drivers or users of taxis and private hire services also use public transport. Many people might use a bus and a Tube, or walk to a station, get a train then hop on a bike at the other end.

When it comes to personal security or safety, people don’t distinguish between whether they are on a bus or walking down the street: they just want to feel safe on the whole journey. However, there are certain issues that those who walk and cycle in particular were more concerned about, based on the research on personal security we published in July. (add link).

What are the most important issues for those who walk and cycle?

How does this tie into what we know already?

These findings back up what we already know about certain groups of transport users being more at risk of victimisation on the street and on public transport, including those who identify as LGBTQ+, women and younger people. For many people wishing to cycle or take up other forms of active travel, these safety concerns can be barrier.

In their 2017 research, Stonewall reported that one in five LGBT people experienced a hate crime or incident because of their sexual orientation and/or gender identity. Based on YouGov polling of over 5,000 LGBT people, the research showed that anti-LGBT abuse extends far beyond acts of hate and violence on the street and extends to all public spaces.

For those who identify as women these issues are also all too familiar. This year, lots of attention has been on street safety for women and other marginalised groups. A UN Women report released in March showed that over 70% of women in the UK say they have experienced sexual harassment in public, and only 3% of women aged 18-24 told us they had not experienced any unwanted attention.

Our research showed that most women have been cat-called from a passing vehicle on the street, something which increases concern when coupled with the threat of a sustained, intimidating and unsafe experience on bus, train or Tube.

Many organisations and campaigners are taking action to pressure politicians and streets authorities to do more and better in protecting women and girls, to make sure they are safe from harassment and male violence.

Lots of work has been done to look at how transport networks and streets can be designed to make people feel and be safer. In our research, lighting in particular was a major driver of feeling safe, both at street level and on the transport network. Another theme was that of unfamiliarity with an area: transport users who were unfamiliar with a given place do not know where the dangerous areas are, where to avoid, and where to gravitate towards.

We found that almost all transport users would rather travel during the day than during the night, and younger women in particular will actively avoid the Night Tube or other late-night transport and opt for the taxi instead – if they can afford to.

One young woman who we spoke to as part of our focus group with the Young Women’s Trust told us that even waiting for a bus at night ‘makes me feel quite nervous that it’s at night, it would depend if there are more people around etc. and the fact it’s not sheltered can be worrying sometimes. If it’s an area I’ve been to many times, I would feel safer.’

When coupled with the other issues that we know make the streets unsafe – air pollution, inaccessible street design, lack of good lighting – these concerns about personal security only add to the general lack of safety many feel when travelling in London. Often this disproportionately affects those who suffer from the effects of hostile, inaccessible design across the entire transport network. For some disabled people, choosing active travel modes such as walking and cycling is sometimes simply not possible due to inaccessible infrastructure and expensive equipment, in addition to being more at-risk in terms of their personal security.

What should happen next?

Active forms of travel are clearly beneficial for our health and for the environment so it is essential that London’s streets are made safer for those who are more fearful or more at-risk in terms of their personal security.

Our Journey ahead report earlier this year looked at how we need to design accessible, inclusive and equitable streets to make sure that everyone is able to take up active travel in the future.

Our personal security research showed a reluctance amongst transport users to report incidents based on a fear that it won’t be taken seriously or not trusting that policing authorities will deal with it appropriately. More needs to be done to build trust and confidence that all incidents, regardless of what they are, warrant reporting and that victims will be supported properly.

Our personal security recommendations all apply to users of the street too. We think that transport authorities and policing authorities should be able to help anyone who makes a report, and help redirect them to the correct authority regardless of where an incident takes place.

One of our key recommendations is for the Mayor to co-ordinate a new strategy for night-time safety that includes the transport network, building on the work that was done on the Women’s Night Safety Charter to expand its reach and include all marginalised groups. We also want him to ensure there are frequent services so people don’t have to wait too long for the next train or bus as this is a key aspect of staying safe when travelling around London.

To find out more about what would help improve personal security on London’s streets, Sustrans is hosting a discussion on the 21st September which you can sign up for and watch online.

We have also published a blog focussing on our work with the Young Women’s Trust to find out what young women in particular feel about safety when travelling in London.