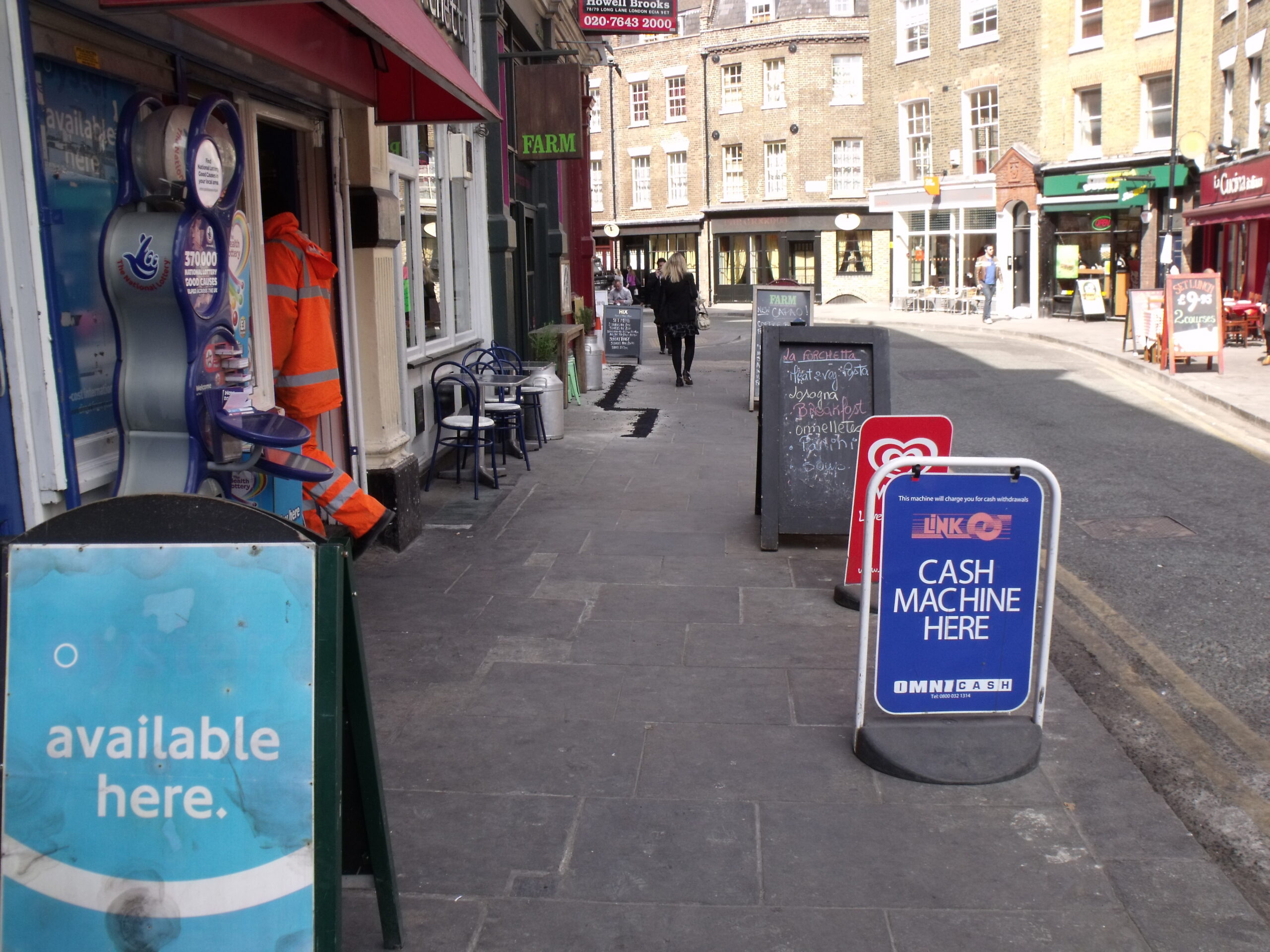 The motorways in London are maintained and managed by National Highways. You may recognise these by their blue signs; however they are outside of our remit.

It is against the law to obstruct public roads (which are known in law as highways, and include the adjacent pavements, known as footways). It is the duty of the relevant authority to keep the highways clear. But there are varying interpretations of this law, and many authorities do allow some obstructions to be placed on footways. Where this happens, it should be subject to an “equalities impact statement” to ensure that the needs of vulnerable users are protected.

Obstructions of the highway (and footways)